The latest released production version of Plant Base is 2.1.12 and the database release is 30 (what's this?).

Maintenance release with a few fairly small changes and some bug fixes.

When adding or editing plant it is now easier to enter multiple common names or synonyms. Colours can be selected quicker from the tool window by just double-clicking.

The Linux edition has numerous additional user interface adjustments to improve compatibilty with a wider range of desktop environments, for example it was not previously usable under some KDE Plasma themes but now works fine on our test systems. This edition remains treated as a Beta test and not guaranteed suitable for every Linux distribution and desktop environment. However, basic operation is as stable as the other editions and suitable for normal use.

There is no change to the plant data at this time, the database files are the same as in version 2.1.11.

This program update is recommended for all existing users (program-only updates are very quick and easy with no risk to data, needing only a small file download).

This was a major version of the application and the first public release of the newly re-coded program.

The database content was Data Release 24, the same as the final Plant Base '1'.

Plant Base 2 is a full re-write that replaces the previous 1.6.1. version. As it uses completely different program technologies, upgrading from old versions requires a database migration step in order to preserve user data. Here is a detailed guide describing how to convert from a 1.x.x version to 2.x.x.

It is possible to install and run the new Plant Base 2 version alongside version 1.6.1

All existing license registration codes remain valid for Plant Base 2. New users get a 15 day trial period, exactly as before.

Notable changes since Plant Base 1.6.1

The current release has approximately 12,000 plants and 6,000 pictures. However our eventual aim is for this to grow considerably and loading additional data and images will be an ongoing process for some time to come. For this reason all registered users can update to new versions at no additional cost.

The default language for user interface of Plant Base 2 is English, but language can be changed by using external translation files. Versions 1.x.x. are English language only. Please see the languages page for further information..

Though Plant Base was originally developed for MS Windows PCs, we aim to provide native editions for other platforms. Currently, in addition to Windows, there are releases for Mac OS and Linux systems. There is also a mobile Android app for tablets and smartpones. All editions use the same database so that plant data is interchangeable regardless of platform.

Plant Base 2 is coded in a different programming language from the older versions. This is important and necessary because the original development system from Microsoft is now regarded as obsolete.

After considering several alternative programming languages for the re-coding of Plant Base, we selected PureBasic from Fantaisie Software, France. This powerful and highly efficient development tool provides great capability for producing native PC applications. It is an excellent choice for small-scale developers with limited resources and one of the best programming languages we have seen.

We would like to thank the Fantaisie Software team and the entire PureBasic forum community. Many have helped and provided code examples, but for their substantial contributions we specially mention Timo Harter, Stephen Rodriguez and Martin Guttman. 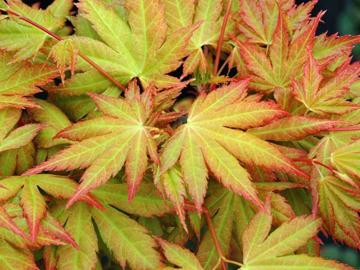